This Local Brew is Part of a National Collab

Something special happens when two of your favorite breweries get together for a collab. 1- Really good beer is brewed. 2- You you feel all warm and fuzzy knowing you are  working together to make the industry stronger.

Now, imagine if it wasn’t just two of your favorite breweries collaborating. Imagine if breweries from around the country all worked together to brew a really good beer.

Each year, the Pink Boots Society brews “together” to give you new, delicious beer and #feels.

And lucky for us, it’s time to taste the final product.

WHAT IS THE PINK BOOTS SOCIETY ANYWAY?

The Pink Boots Society is a group dedicated to supporting  women who work in the beer industry. It started in 2007 with 16 members and a mission to “assist, inspire, and encourage” women working in a male-dominated beer industry. In about 12 years, the group has grown to about 1900 members with chapters around the US and even some abroad.

PBS’s main focus is on education. Each meeting has an educational component so members can learn something new and share their skills to help grow the craft beer community in their area. And each year, the PBS national board sponsors scholarships for Brew School, Conferences, and even a trip to Germany where attendees can learn about the local beer culture!

One of the reasons they can have all of these scholarships is because of the national brew day that they hold each year in March to celebrate Women’s History Month. Each group that participates donates a portion of the proceeds back to national and local chapters. 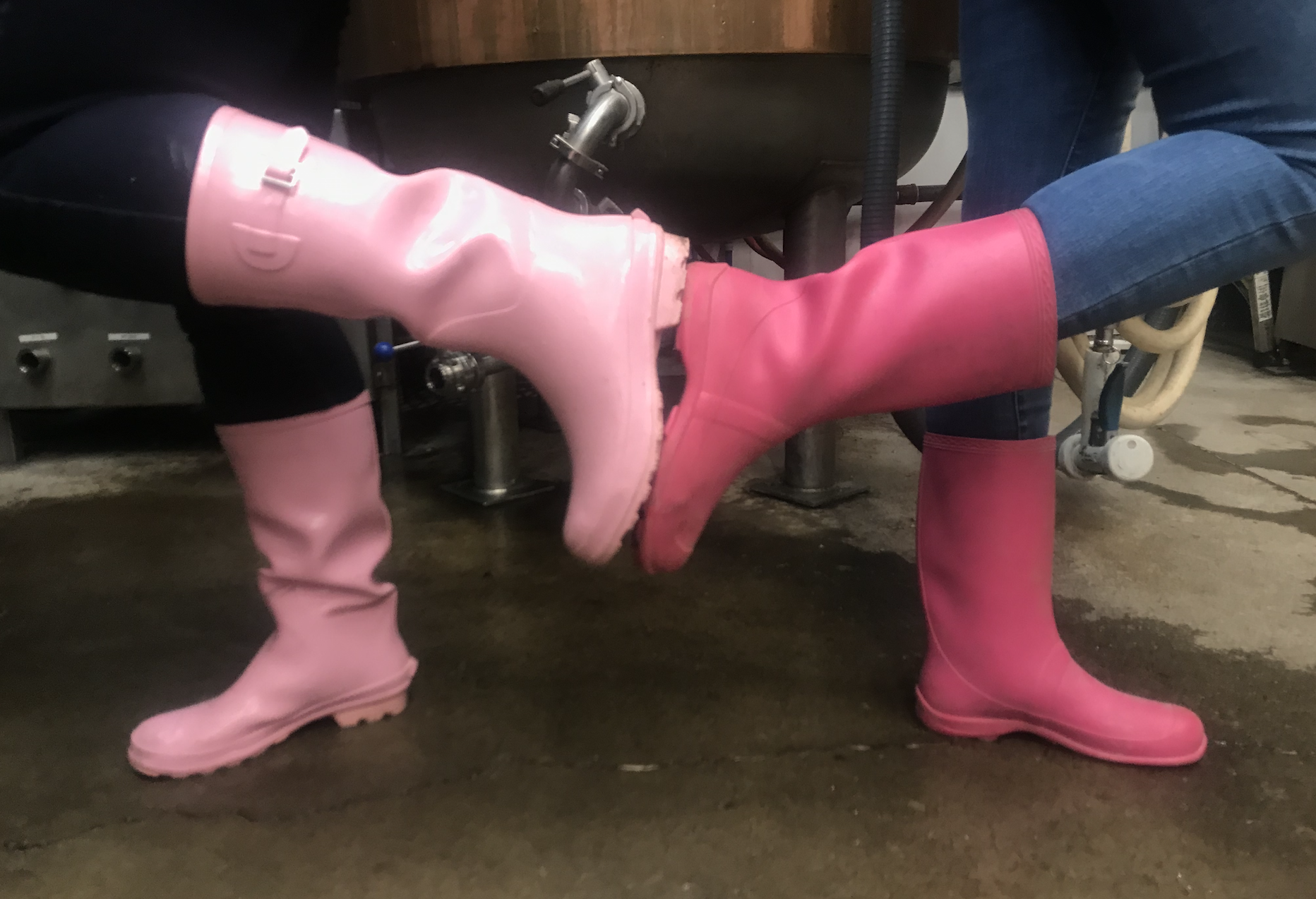 WAIT. HOW DO THESE WOMEN BREW TOGETHER?

Women from around the country aren’t exactly hanging out in the same brewery at the same time brewing one ginormous batch of a Pink Boots Beer, but they are brewing together – in spirit.

PBS’s national brew day is held at hundreds of locations around the world, but they’re linked together by support of the organization and by one ingredient – the hops.

For the past couple of years, Yakima Chief Hops has made a blend specifically for PBS. Each group of women designs a unique recipe showcasing this blend. Then, women from different breweries in the area hang out, brew some beer, and promote each other as well as PBS as a whole.

Buffalo’s chapter is less than  a year old, so they were excited to have their first collaboration be a part of the national brew day. (Psst! By “they” we also mean “we” because Amy founded Buffalo’s PBS chapter and participated in the collaboration brew).

The brew, called Pillow Fight, is a dry hopped cream ale – a style chosen because cream ales are more popular in WNY than in other parts of the country and also to showcase the hop blend.

When the group got together to plan the brew day, one of the ladies said that a co-worker had jokingly asked her what that “pillow fight thing” she was doing the other day was. Her response: “you mean brewing?”

So yes, that’s what these ladies were doing. Having a pillow fight – if by “pillow” you mean 55 pound bags of grain and by “fight” you mean brewing.

Pillow Fight debuted at Beerology last weekend and is being released to the public later this week! It’ll be available at Rusty Nickel Brewing Co., Community Beer Works, and Windy Brew – three of the breweries that helped make the beer – as well as tasting rooms around the city. Check Pink Boots Buffalo’s Facebook and Instagram for updates on where you can get the brew!

As far as collabs go, we give this one an A+. Trust us, we sampled it once or twice.