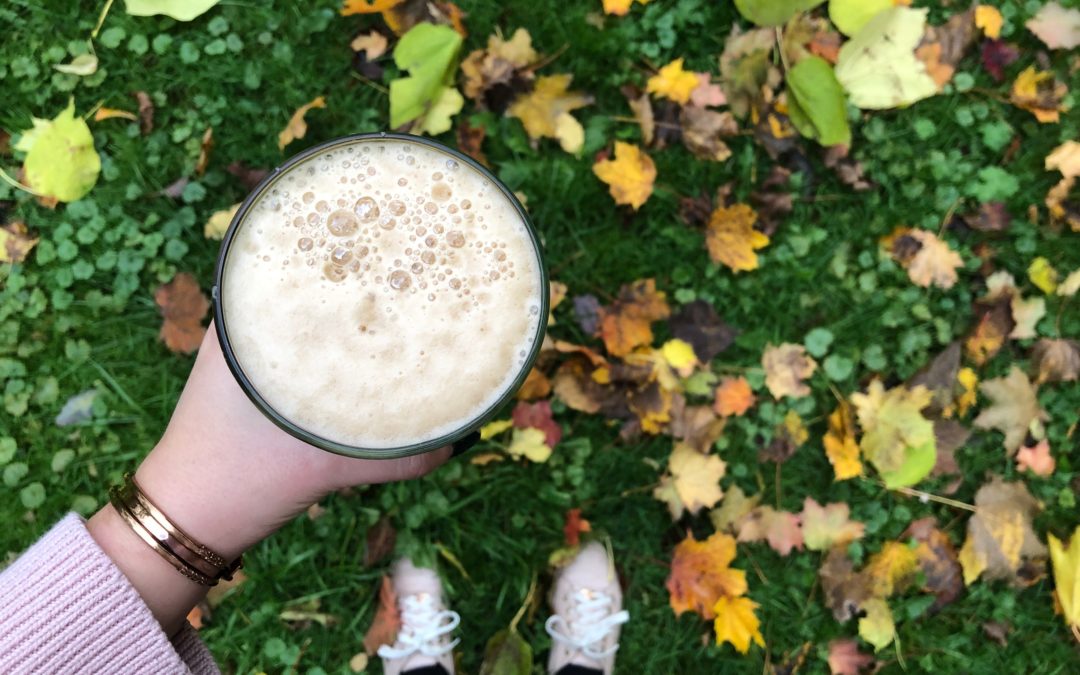 Christmas decorations are going up in stores, but it’s very much still fall aka you have plenty of time to drink your favorite fall beers and ciders.

Here’s our boozy bucket list to enjoy before they are gone for good… well at least for this year. 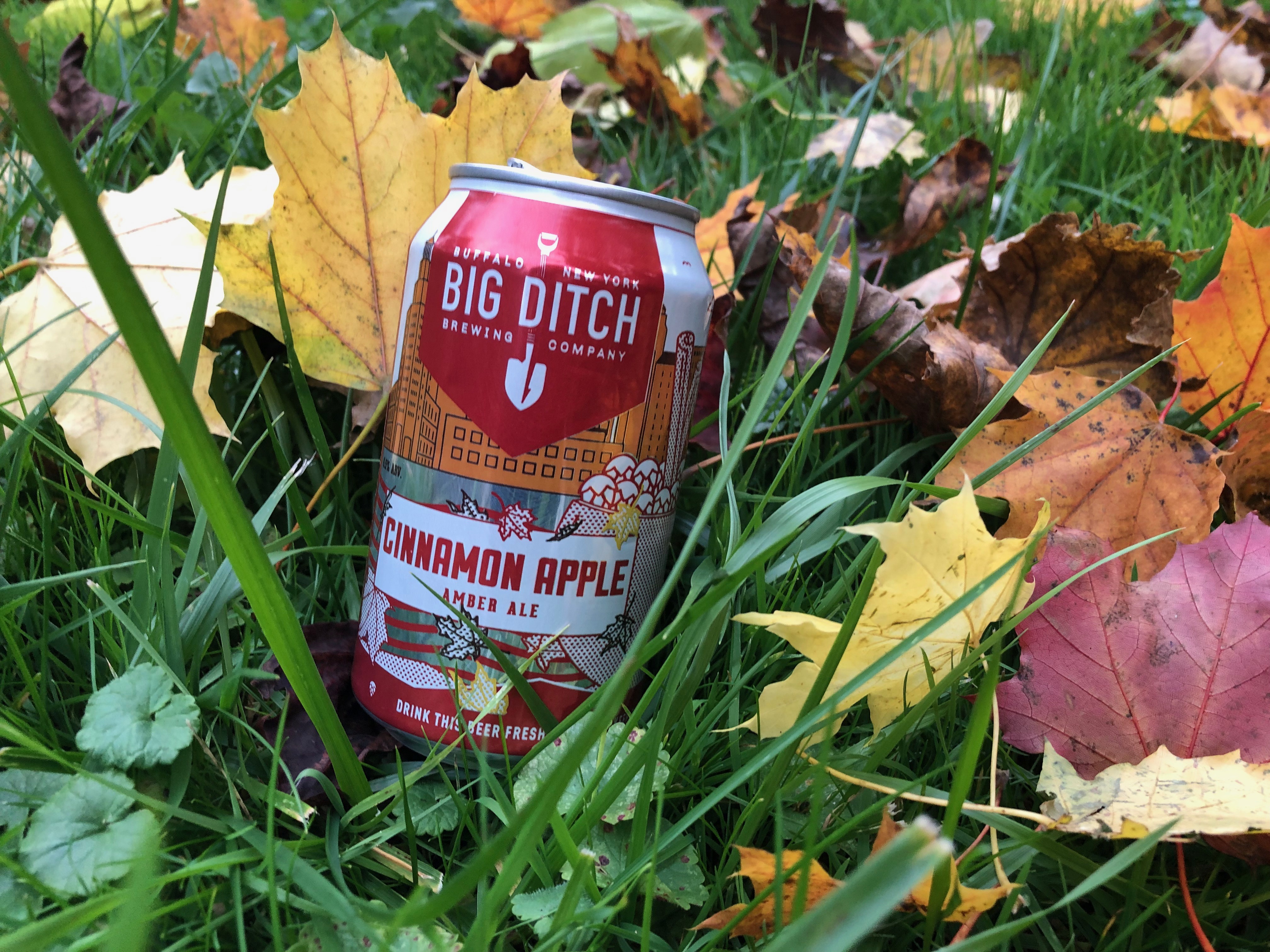 I’ll admit it. Big Ditch’s Cinnamon Apple Amber Ale might honestly be on my bucket list forever because I can never get enough. Pumpkin beers might herald the changing season, but I nothing screams “fall” to me like apples, and nothing pairs better with apples than cinnamon. This beer is brewed with local malts and local cider, and has all the comfort food feel of an apple pie. This is one beer that I definitely have to stock up on this week!

I never knew that I had #SquashGoals until I tasted this beer. I was lucky enough to sample it at a beer and candy pairing last month – because that’s how we #adult Halloween – and now I need a full glass. Preferably while eating pie. CBW suggests pecan pie on their site, but really, I’ll take any kind of pie.

This beer is called #SquashGoals instead of #PumpkinGoals, not only because it rolls off the tongue better, but also because CBW decided to do a new take on fall’s favorite beer by brewing it with butternut squash instead of pumpkin. It’s definitely worth a sip for anyone who wants to get into a festive mood.

An imperial pumpkin stout is exactly what I need on a cold, rainy fall day. Or a sunny, breezy one. Or really on any fall day, if I think about it. I’m not the kind of person who goes absolutely crazy over pumpkin beers, but I dabble, and I definitely want to dabble with this one. You can catch me at NYBP picking up a crowler of this brew for Thanksgiving. With an ABV of 8.1%, though, I’m definitely going to want to drink it after dinner.

It doesn’t matter if my last glass was five months ago or five minutes ago, I will forever be excited for RNBC’s Vanilla Chai Tea Stout. I’ll admit it, I’m a bit biased, but Rusty Nickel knows how to make an amazing stout, and for a chai fanatic like me, this beer is heaven. Really, the name says it all when it comes to tasting notes. Hints of black tea, vanilla, and chai flavors brewed into their milk stout base. The best part? This beer is a sessionable 4.5% ABV which means that I’ll be able to drink them all night long. 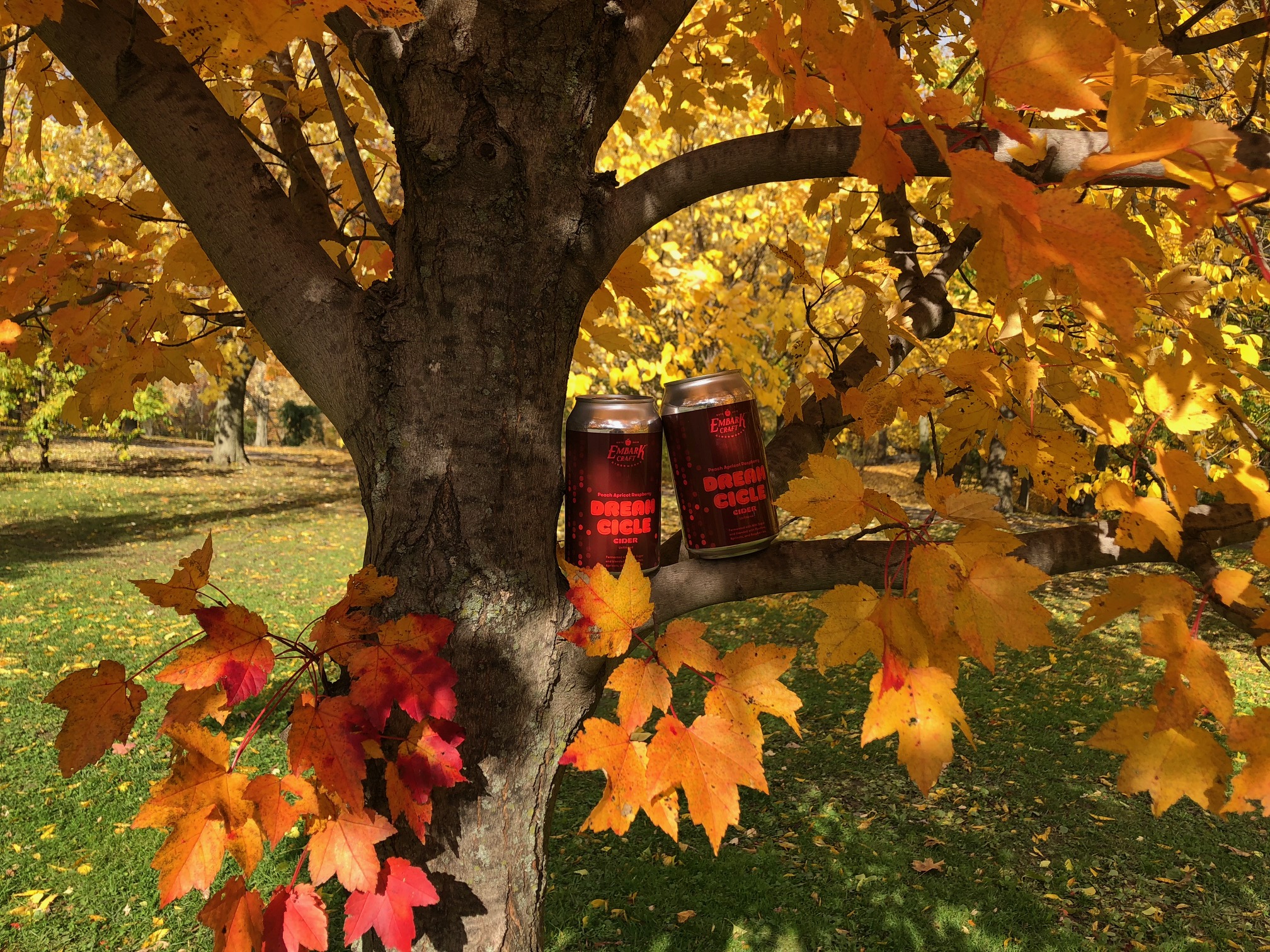 When I discovered Embark’s unfiltered Dreamsicle series, I fell in love. Truth be told, I had never heard of an unfiltered cider before trying this. Sure, cloudy, unfiltered IPAs aka New England-style IPAs are trendy in the craft beer world. Unfiltered ciders, like this one, are very much inspired by the same methods. More flavor means you can taste the fresh peaches, apricots, and raspberries. The result is a subtly sweet, clean, fruity cider. If you think you don’t like cider, try an unfiltered cider first. These are limited edition batches for a reason.

Yes, it’s exactly what it sounds like. Pear cider. This particular variety is 90/10 pear to apple. Specifically, it’s made with locally grown Bartlett, Bosc, Potomac, and Seckel pears. Since it’s fermented from pears, the taste is completely unlike any other apple-forward cider, and I’m a fan. This off-dry complex cider was the first Nine Pin I ever tried, and now I’m hooked for life. True story. The cinnamon and honey are subtle, yet defining. If you’re looking for something slightly sweet, a little bit spritzy, and definitely different, I highly recommend this golden pour.

Shhh, don’t tell fall… but pumpkin beverages are typically not my beverage of choice. Props to MackJac for changing my mind with this cool, crisp pumpkin cider. The first sip is just enough pumpkin and a pinch of apple spice. It reminds me of my aunt’s ice cream pumpkin pie – yes, you read that right – but in a glass. The frosty flavor tones down the sweetness for a much smoother, lighter finish than the average pumpkin pour. The result is a drinkable, yet super seasonable pour. MackJac is new-ish to the cider scene. Rumor has it their tasting room is opening very soon, and very closeby. For now, look for them by the bottle or on guest tap. 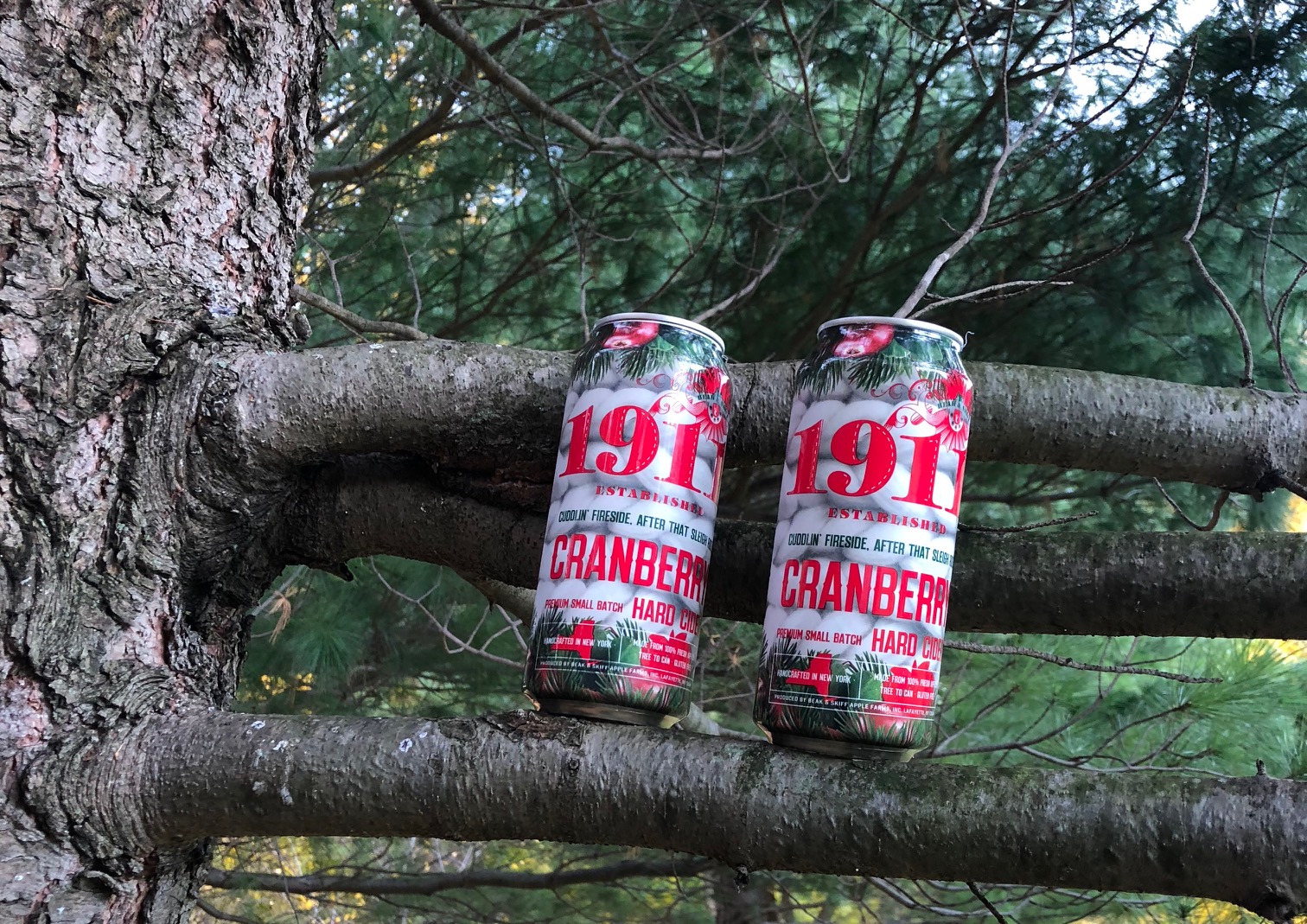 Thanksgiving is coming, and this cider looks and tastes the part. If you say you don’t judge a beverage by its label, you’re lying to yourself. This one is as seasonal as it gets, and I love it. My obsession goes beyond the appearance. The sweet and tart balance is everything I hoped it would be. I can most definitely picture myself cuddling fireside with this can in hand. Even if you aren’t crazy about cranberry jelly, this might taste just right come turkey day. Full disclosure, this is the sweetest cider on my list. But for me, the tartness and tree-to-bottle freshness won me over. If you like a little bit if fizz and a lot of bit of cranberry, you will likely love this pick too.

We showed you ours, now let’s hear yours. What makes your fall favs list? Beer? Cider? Both? Share your top picks with us! Your recommendations give us an excuse to do a little extra research. Darn.